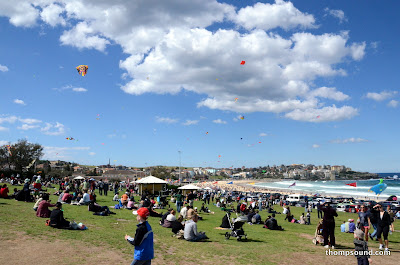 so the last month has seen the end of my immediate travels, and the continuation of my career in location sound for film.

Things are good on-set, and it's feeling like a little 'Australia' reunion with so many crew returning for another serving of Baz.

Obviously there'll be no photos from the set; but I will say this... anyone who was questioning the decision to film in 3D – will be absolutely shocked to see how well it suits both the story and director. (every day I am floored by how awesome the shots are looking, in conjunction with the sets and costumes... it all serves to amplify the emotions of the characters)

photos from the past month 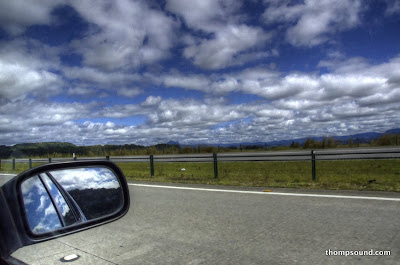 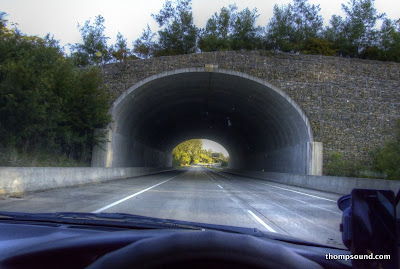 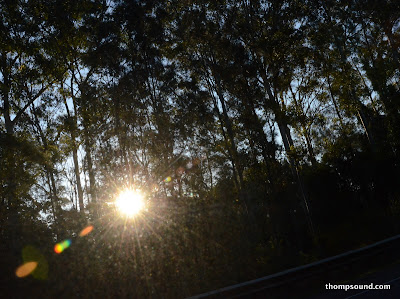 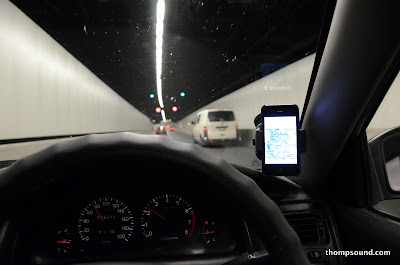 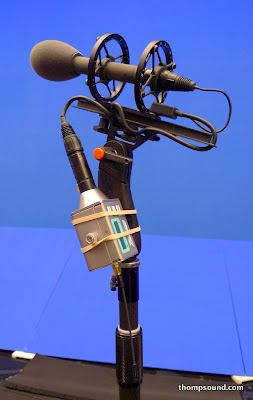 My new baby...
I was always curious about the recording features of the zaxcom transmitters (one of the main reasons I bought a TRX900LT), and dismayed when they didn't release an updated plug-on that featured 48v phantom and the recording capabilities... or did they? Turns out that for a brief period, they did.
Meet my new TRX 700 plug-on transmitter.
I say new; even though it's a 2nd hand purchase on consignment from trew audio canada (*thanks for the ultra fast shipping guys).
Super clean wireless booming with built in recording on a micro SD card now possible... just not with an older CMC5 Schoeps pre-amp; thankfully I've got a CMC6 so it's all good :) 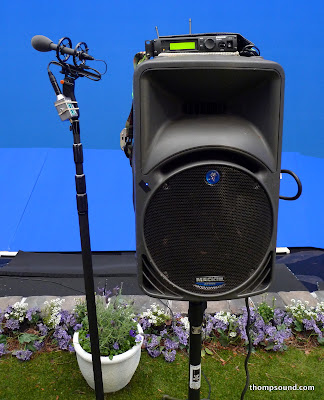 one of these two, is my current 'tool-of-the-trade': the other, not so much - guess which is which 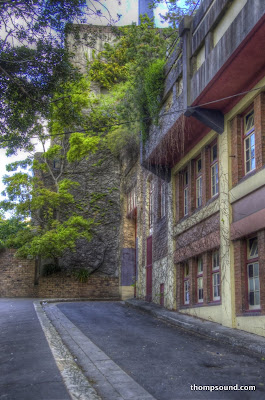 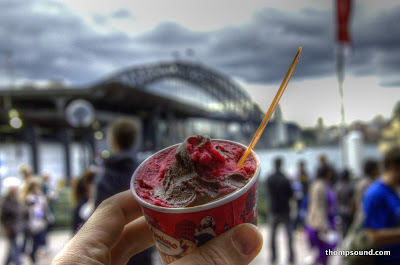 awesome end of touristy-day walks down at circular quay 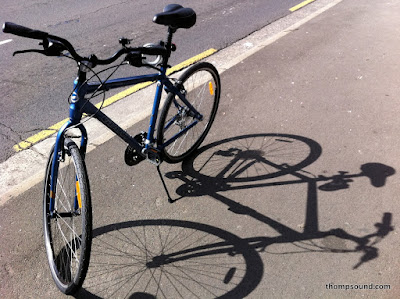 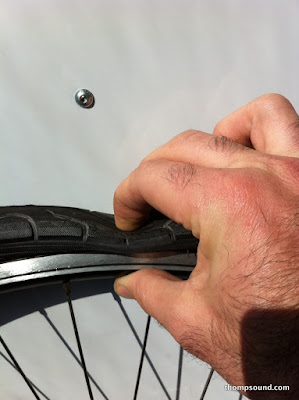 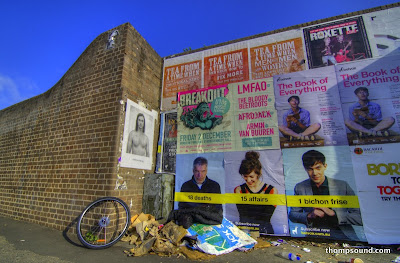 walking home after getting my tire fixed; purchasing a couple of new inner-tubes, a pump and a patch-kit... 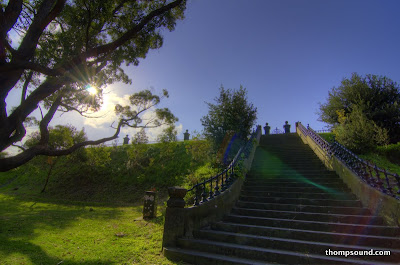 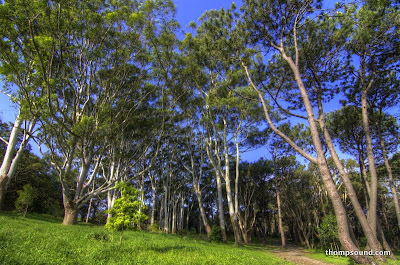 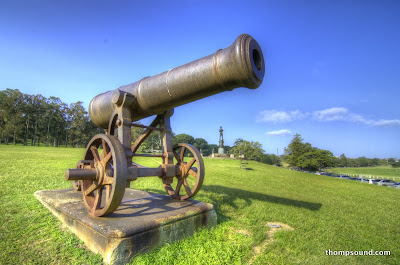 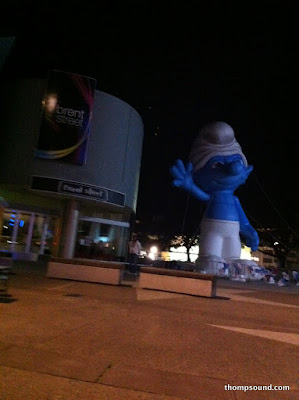 a giant inflatable Smurf... (as seen on the way to watching the best doco of the year: Senna) 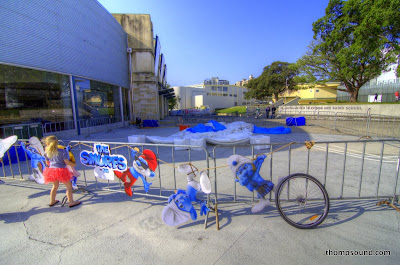 what the giant inflatable smurf looked like the next morning when I returned to get a nice photo for my cousins daughter... 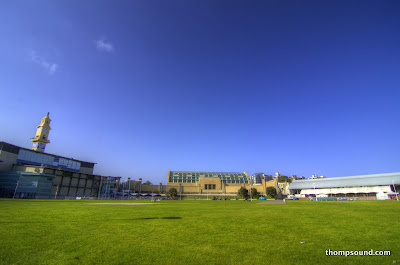 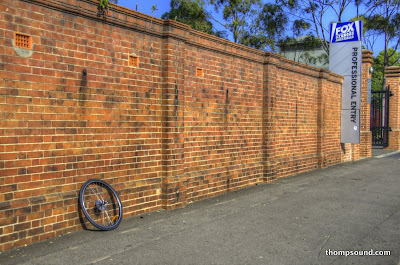 my bike tire at the FSA professional entrance 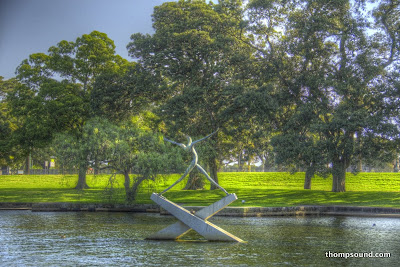 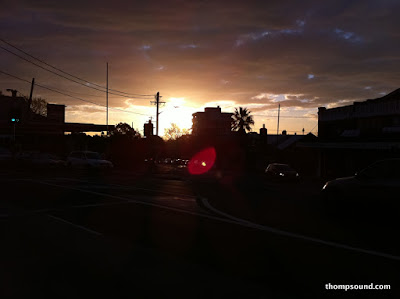 Random lens-flare-iphone-sunset-shot on the way to collecting my laundry last week...

Aside from Senna (which is such a good story that I'm shocked it hasn't been destroyed by hollywood yet.), I've also been out to see "Pina" a 3D film by Wim Wenders - about a dance choreographer from Germany (quite good) and The Lion King (also in 3D) which was really good (even if the 3D conversion was a little weird at times).

catch you all later.

P.S. the title photo is from a walk down to Bondi Beach during some kind of kite festival...
Posted by Ian Thomson at 12:51 am No comments: