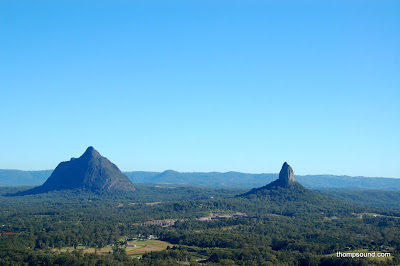 It's been so long since I last climbed Mt Tibrogargan, that I had to search back through my photos to find the date - turns out it was in march of 2007!

In that time, the powers-that-be have added some safety fences to the lower part, but have thankfully left the more difficult top section alone. 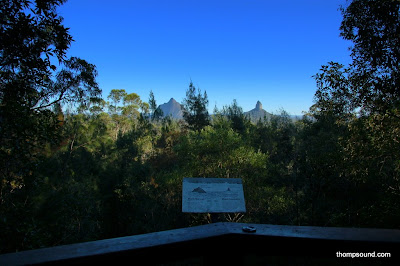 view from the look-out, just before the steeper, more technical section 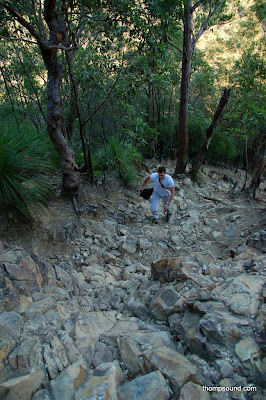 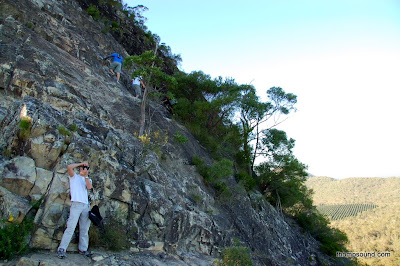 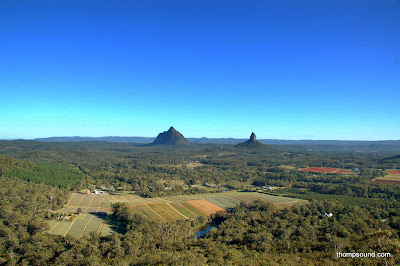 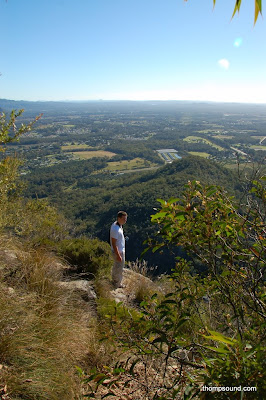 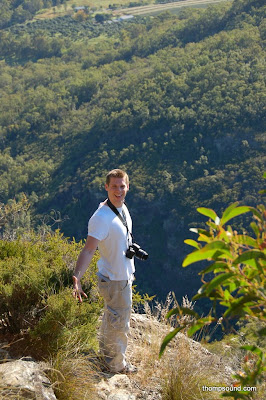 Mark at the top 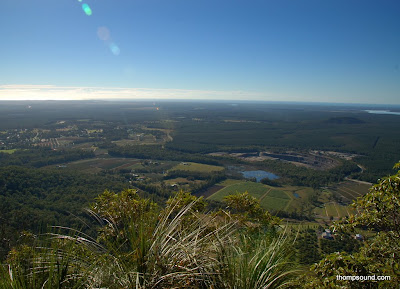 view from the top - one of the great things about Mt Tibrogargan, is the eastern view. It's completely unobstructed to the coast. Truly spectacular, and photos don't seem to be able to do it justice. 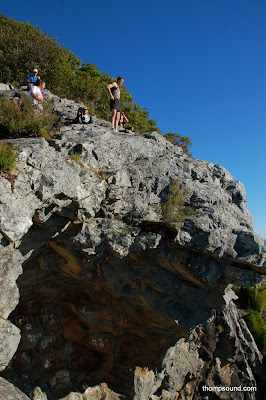 just past the summit, there's a nice overhang to soak up the winter sun. Mark and I managed to find a narrow window of opportunity - where the upward journey isn't too busy, and the Summit isn't too hot, or crowded. 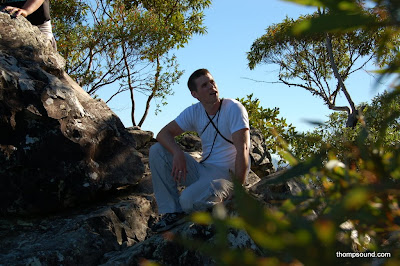 I guess the only problem with climbing at the time we did - is the massive number of people heading up after us. Here's a shot of mark waiting for people to pass, so we can descend 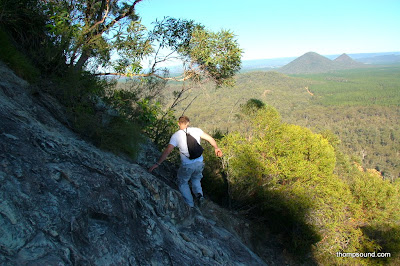 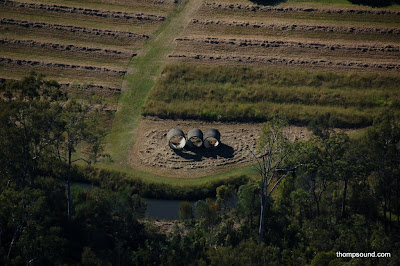 random photo from the top.

I've finally negotiated my next project, which will be shooting in Sydney From 5th July for 5 weeks.

Not much more to say about the last few weeks, been bridge climbing, recording a few commercials, and repairing some equipment.

Somehow I've managed to avoid the seasonal cold/flu so far... and have even started to go back to the gym (in preparation for my next job) 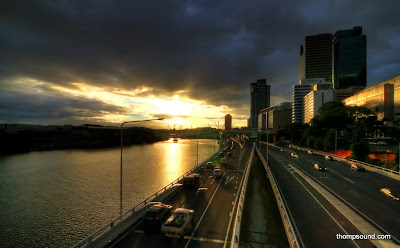 The weather is starting to get cold, yay!

Sisters of War finished up a few weeks ago; and since then, I've attended a wedding, taken some photos, climbed the bridge, re-read the Hitchhikers Guide to the Galaxy, and caught up on some sleep.

Canada is still on hold, as my working year has continued to roll along nicely... more on that later this month, but for now - it's photo time.

Something that's occurred to me lately, is that alot of people have absolutely no clue what it is that I do every day on a film shoot.

so to start with, here are a few shots of me on the last project. (these shots courtesy our lovely assistant Mel) 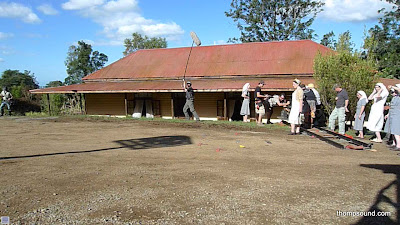 that's me setting up before a take - as you can see, i hold a big stick with a microphone attached to the end...

Here's another set-up, this time, with two operators - each covering their respective actors... 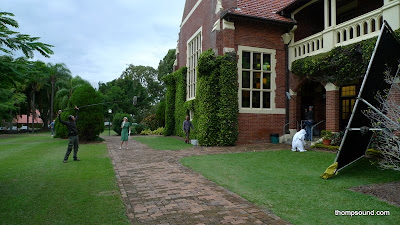 better angle, allowing you to see what i see 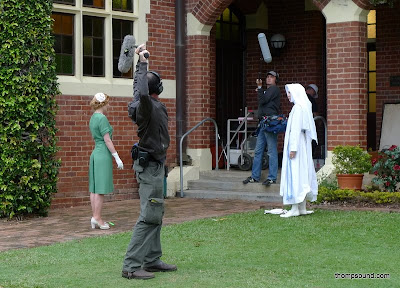 most important is keeping the microphone in front of, and aimed at, the speaker


more random shots from the shoot. 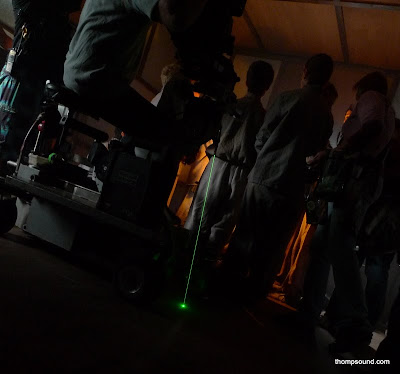 LASER! (attached to the camera dolly, allowing it's operator to acurately measure, and repeat their movement) 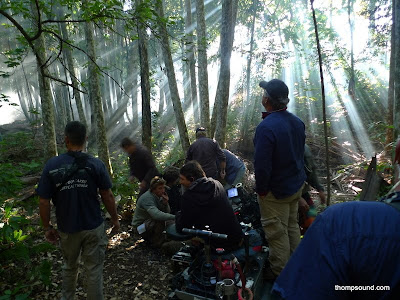 awsesome lighting in the forests of Mt Tamborine 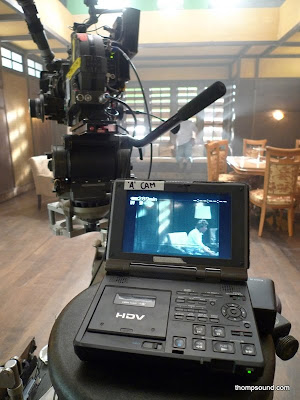 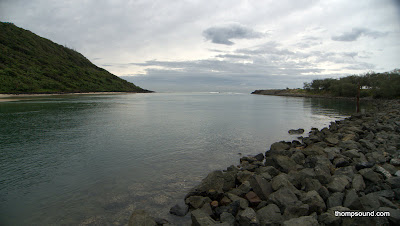 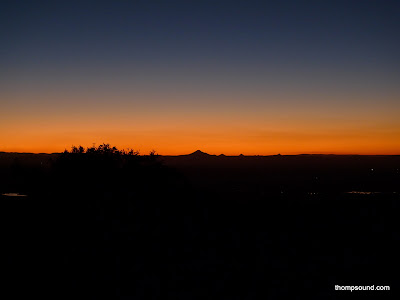 ...and a very pretty sunset at the end of a very tiring day... 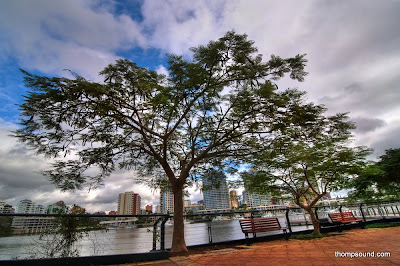 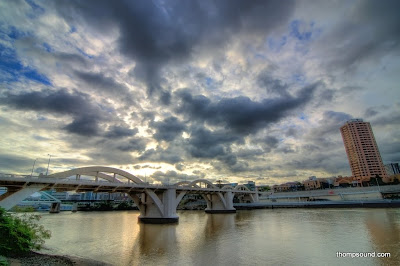 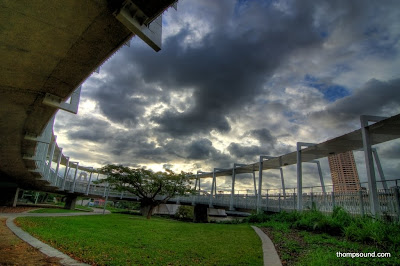 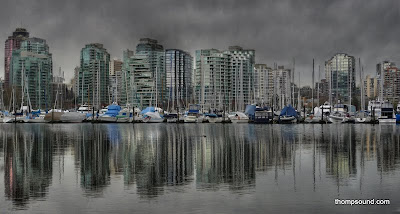 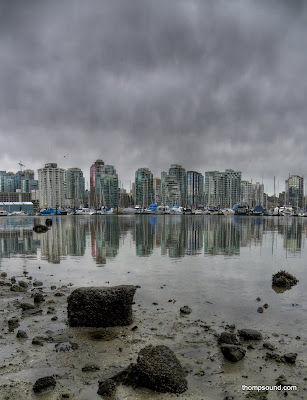 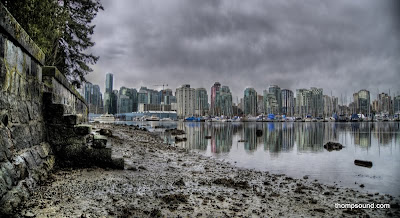 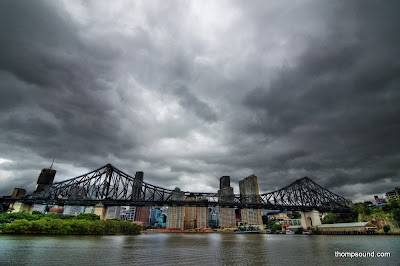 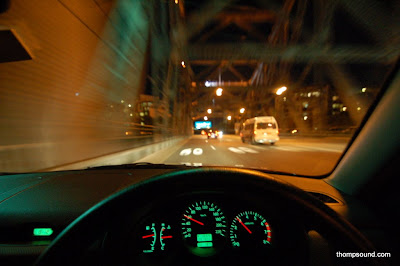 non-HDR driving over the bridge

ok, that's it for the moment.

catch y'all later.
Posted by Ian Thomson at 7:42 am No comments: