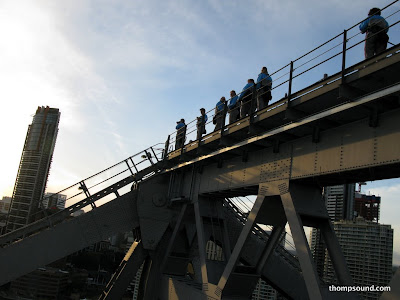 in March of 2009 - I went on a tour of the story bridge in Brisbane for my brother's birthday.

it was such a good experience, and I enjoyed the feeling of seeing the city from such an interesting angle, that I wanted to go again...

I'm a firm believer that when you want to do something regularly, you find a way of doing it cheaply.

can't get much cheaper than being paid to do it. (*ski instructor anyone?)

so I applied to become a climb leader (tour guide) and after 8 weeks of training, I was ready.

Since passing training mid last year I've been up around 150 times.

Due to the stringent rules about unsecured items, and the general difficulty of organising a time to do it. I've never taken any personal photos.

I was rostered on to assist with a photographics climb - my responsibilities would be to tail along and ensure no-one did anything stupid/unsafe. I'd also be allowed to take one of the cameras we usually use for guiding.

I hereby present my first attempt at photographing the bridge. 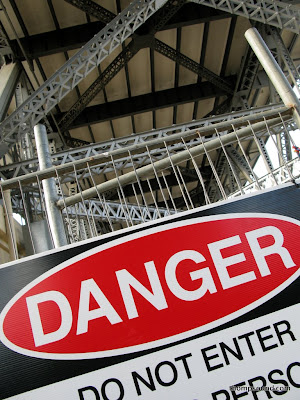 there's currently a massive amount of construction work just outside the building on the way to the bridge. 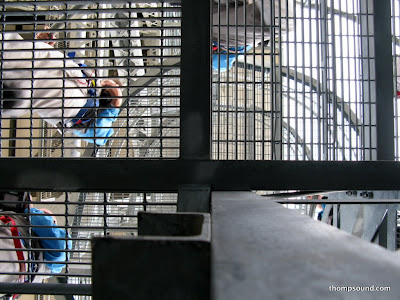 circular stairs to get people up towards the walkways. 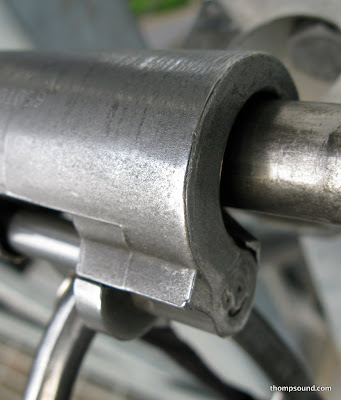 Macro shot of the safety latch that keeps the climbers attached to the safety line at all times. 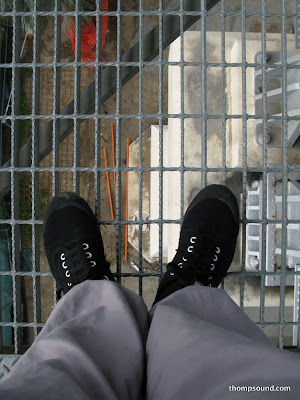 as you can see - the walkways are a metal grid - so you can look down, if you dare. 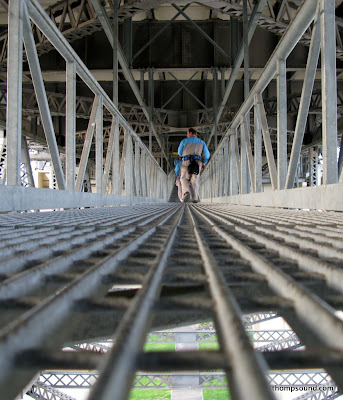 walkway under the southern end of the bridge - can be shaky if there're lots of heavy vehicles overhead. 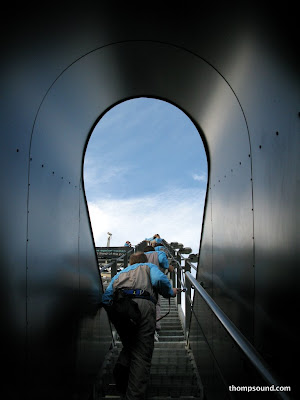 Passing by the traffic on the eastern side - the tunnel enclosure is both a visual mask (so drivers aren't distracted), and a safety feature (helps keep people without safety equipment off the structure). 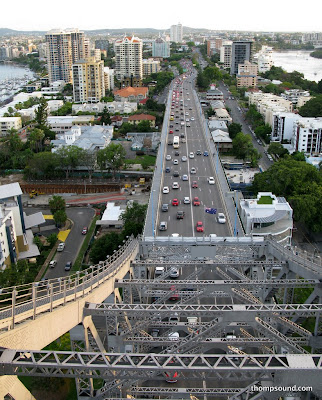 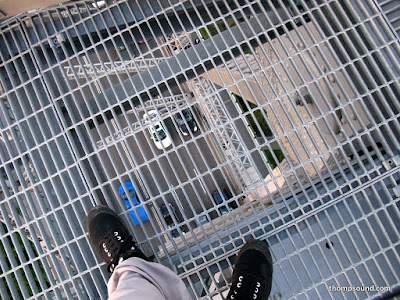 top platform through to the traffic - about 40m. 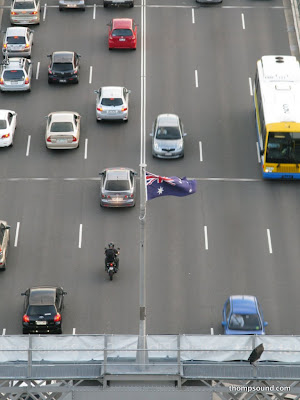 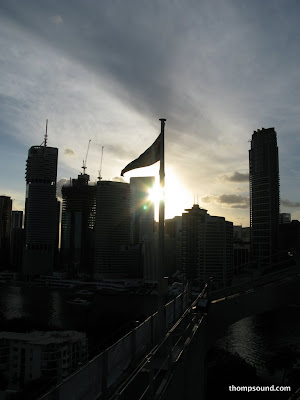 The Australian flag (southern end) is silhouetted by the setting sun. 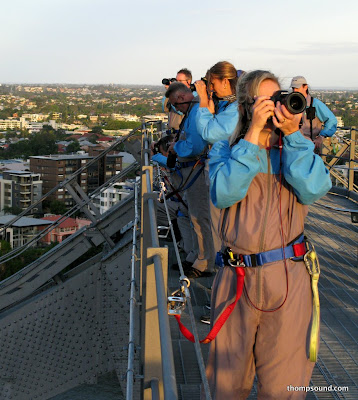 Photo-climb doing what they do best... taking photos... 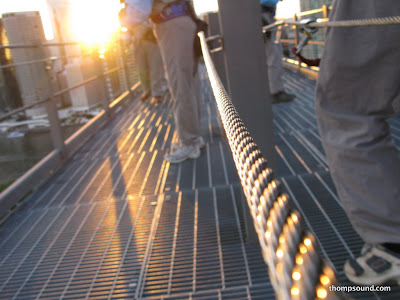 detail of the static line (safety cable that you're attached to). 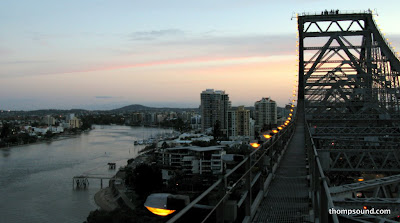 looking to the south east - clouds underlit by the sunset. 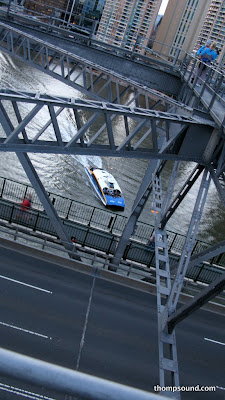 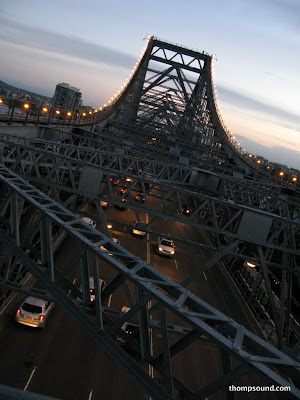 looking back at the top platform, from the center of the bridge. 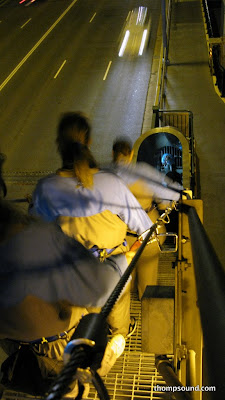 heading back in the dark. 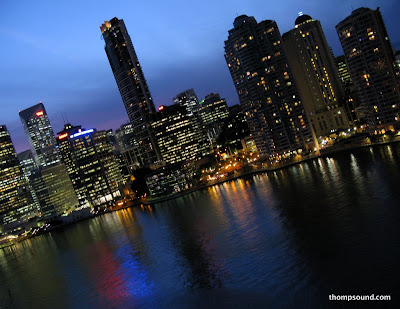 final shot of the city at night.

all in all, not too bad given the distraction level (i was working) and equipment (unfamiliar camera).

next time, I'll try to book on as a member of the public, and take up my real camera.