…my friends, the end…

What a wild ride it’s been. Almost 14 months to the day that I left Brisbane; I’ll be returning.

The mighty flu hit me at full force and reduced my fitness efforts to an abysmal lack of movement and over-eating. Combined with my love of good coffee – it has resulted in my current pudgy-ness.

I am however on the path to redemption – 6 ½ weeks and counting… I have a goal, and it’s to NOT hurt myself on the ski-trip. 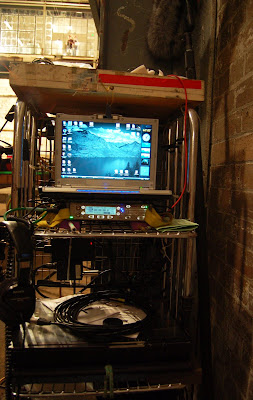 The final few weeks of shooting were entirely dedicated to Stunts and special fx/title sequences: which should go some-way to showing the film-makers commitment to making a “massive mega-budget-action-film TM”

There were some days when we had over 420 people on-set to help recreate various wars (main unit was much smaller), and it was one of those few times when the sound department could relax and watch all the big ‘splosions; as none of our work will make it through the various stages of post-production and onto a movie screen (it’s nice and noisy; however it lacks the "punch" required, and will be re-created later…); still ‘twas damn fun to watch.

As stated above – I’m heading home. It’s been too long, and I need to spend some time up in Brisbane sorting out some stuff before jetting off to NZ for the ski holiday (Mt Hutt has snow! – one of the few places in the southern hemisphere that does at the moment).


See you all soon.


P.S. as per usual, I'm lazy, so the above post is from early last week - I'm actually in Brisbane right now - it's nice and sunny up here, and my commitments are pretty low right now, so feel free to contact me with times to catch-up.

best contact is the mobile phone.
Posted by Ian Thomson at 7:25 pm No comments: