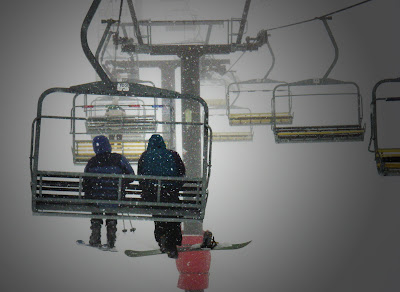 so what's happened in the last month or two?

I suppose the biggest news is that I'm going skiing again. the flights are booked, accommodation and hiring of cars is sorted, and lift-tickets reserved.

(it seems a little strange that I started this blog in late 2006 with mention of my upcoming ski-trip, and now I'm embarking on another - to the same location no less)

what else has happened

apple.com (via i-tunes) has launched the set-to-screen series. for the feature film AUSTRALIA

for proof that I actually worked on the darn thing, and wasn't on a nine-month sabbatical - check out the pod-cast on stills photography at the 1:20 mark - I'm the boomie in the camo-shorts on the left of frame. that was the last day (almost sunset too) out at diggers rest near kununurra WA, with main unit... fun times

not exactly the most auspicious beginnings on the internet, I know; but still, 'tis interesting to finally see something about the film; it's going to be special...

things are still going well on the current project; we've moved into night shoots on an island in sydney harbour, and it's no where near as bad as first thought.

there's sound to be recorded as the original issues (reverb/planes/traffic/boat noise/birds/rain) have reduced themselves to be at least workable.

It has of course been raining non-stop (well partially non-stop :)) for almost 2 weeks now, and it's getting a LITTLE tedious having to drag ourselves up to work yet another rainy evening... at least we've been indoors

Unfortunately the boom op injured himself and has been replaced temporarily; also the original sound recordist (whom, I worked with on the last film) has returned home for some long-overdue family time, and also been replaced (with our 2nd unit recordist).

I'm waiting for fate to step in and render me either lame or stricken with something that will remove me from filming (everything happens in threes...); but so far I've been lucky enough to only get a bout of pre-winter cold and flu, nothing too serious.

nothing else to report really; I've been working. I've also been working at night - and therefore improving my coffee-making-skills exponentially.

skiin'ian (woo hoo, i can finally use the nick-name again)
Posted by Ian Thomson at 7:01 pm No comments: