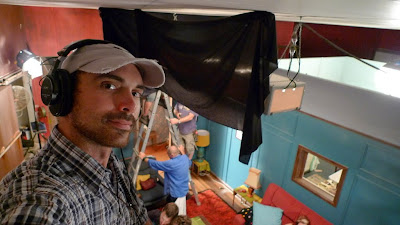 finished up 'a heartbeat away' at 0400 this morning.

officially unemployed again (well except for my weekend job at the story bridge, and freelancing as a sound for film lecturer).

I've picked up another project starting on the 19th of April; so it looks as though I'll be in town until at least the end of may.

in honour of the finish - I present a Sh*t-load of photos from the last 3 weeks of night shoots.

Ian
Posted by Ian Thomson at 1:43 am No comments: